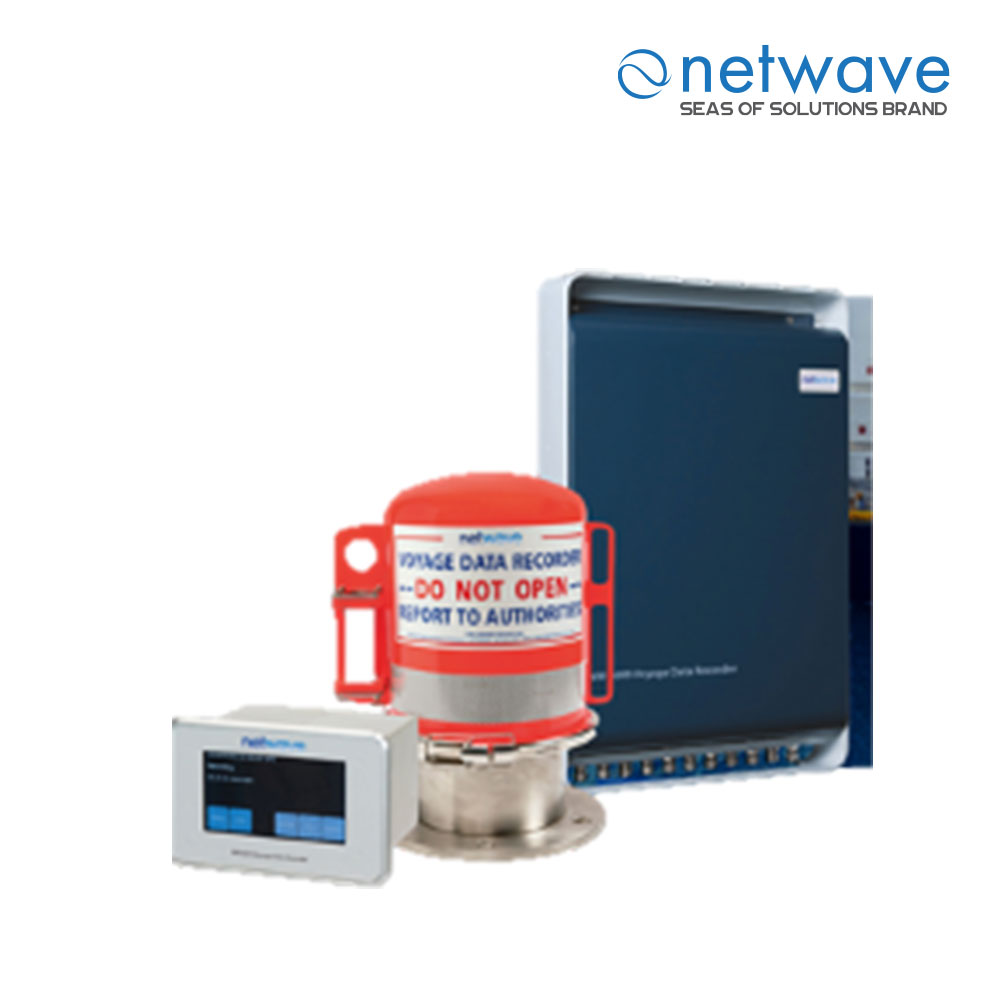 Designed and manufactured in the EU and supporting a global fleet of over 6000 vessels, the Seas Of Solutions’ Netwave brand has been a global leader in the provision of Voyage Data Recorders (VDRs) for over a decade. With a reputation for innovation, design diversity and a focus on quality, a diverse range of customers deploy Netwave technology.

Military, Search and Rescue, Coast Guard, Commercial Marine and Cruise Ships customers are confident in its proven ease of installation, multiple IMO certifications including the Wheelmark and its unparalleled global support network; made up of approximately 320 Service Centres and 1300 engineers.

At its most basic, a VDR is a substantial data recording system required under IMO mandate for commercial SOLAS vessels. The IMO defines a VDR as a system as ‘Like the black boxes carried on aircraft, VDRs enable accident investigators to review procedures and instructions in the moments before an incident and help to identify the cause of any accident.’ The legal requirement is for passenger ships and ships other than passenger ships of 3000 gross tonnage and upwards constructed on or after 1 July 2002 must carry voyage data recorders (VDR) to assist in accident investigations, under regulations adopted in 2000. A VDR should maintain a store, in a secure and retrievable form, of information concerning the position, movement, physical status, command and control of a vessel over the period leadingup to and following an incident

The NW6000 2021 mid-life refresh, as part of the re-certification program to incorporate Netwave’s new analogue microphones, has meant Seas of Solutions’ Netherlands based engineering team have used service engineer feedback to identify upgrades and new features that improve both the user experience and ease of installation through greater versatility in the design.

The new features include:

A new IP66 rated ship analogue microphone, offering a range of benefits over our existing digital microphones, including the cost saving of using existing analogue cabling when retrofitting older variant VDRs. The components are designed for ease of installation and can be used both internally and externally, reducing the need for multiple microphone types and offering greater consistency in fitting and performance. Devised to reduce the complexity of fitting to an existing VDR installation, with retrofit plates available on request, the unit’s flexibility is reflected by its ability to be flush or surface mounted.

New VDR Audio Hub that greatly increases the versatility of the VDR installation by offering the flexibility of supporting six simultaneously audio channels. These channels can be individually configured for either analogue microphone or VHF radio interface. The hubs ability to both communicate and be powered via Power over Ethernet (PoE) allows the microphones to be connected and powered directly to the audio hub, removing the need for cable daisy chaining required with digital microphones. The hub configuration can be carried out via the newly developed web-based configuration tool.  The Audio Hub platform reduces the requirement for PoE ports, ideal for expanding VDR systems where more microphones are required. All microphones can be played back on their individual channels.

A New VDR Configurator has been developed using web-based technologies allowing system configuration by interfacing directly by the VDR, offering greater time saving efficiency than the previous Player V1 configuration software. The VDR configurator also integrates a VDR Software Upgrade utility making the existing Update Manager application in many ways redundant. The network scan identifies new devices that can be installed, utilises a user-friendly drag and drop interface for adding data sources to be recorded and/or configured. The network scan also highlights installed devices that are out of the VDR network and also installed devices that have dropped off and are missing.

Ease of Installation upgrades with the inclusion of a multi-purpose welding plate with the NW6000 reduces the difficulty of retrofitting fixed capsules from other brands of VDR, by removing the need to weld new fittings in place. Combined with new cabling in the core module to simplify the battery replacement process, the NW6000 upgrades are designed with installation engineers in mind, reducing complexity and improving the user experience 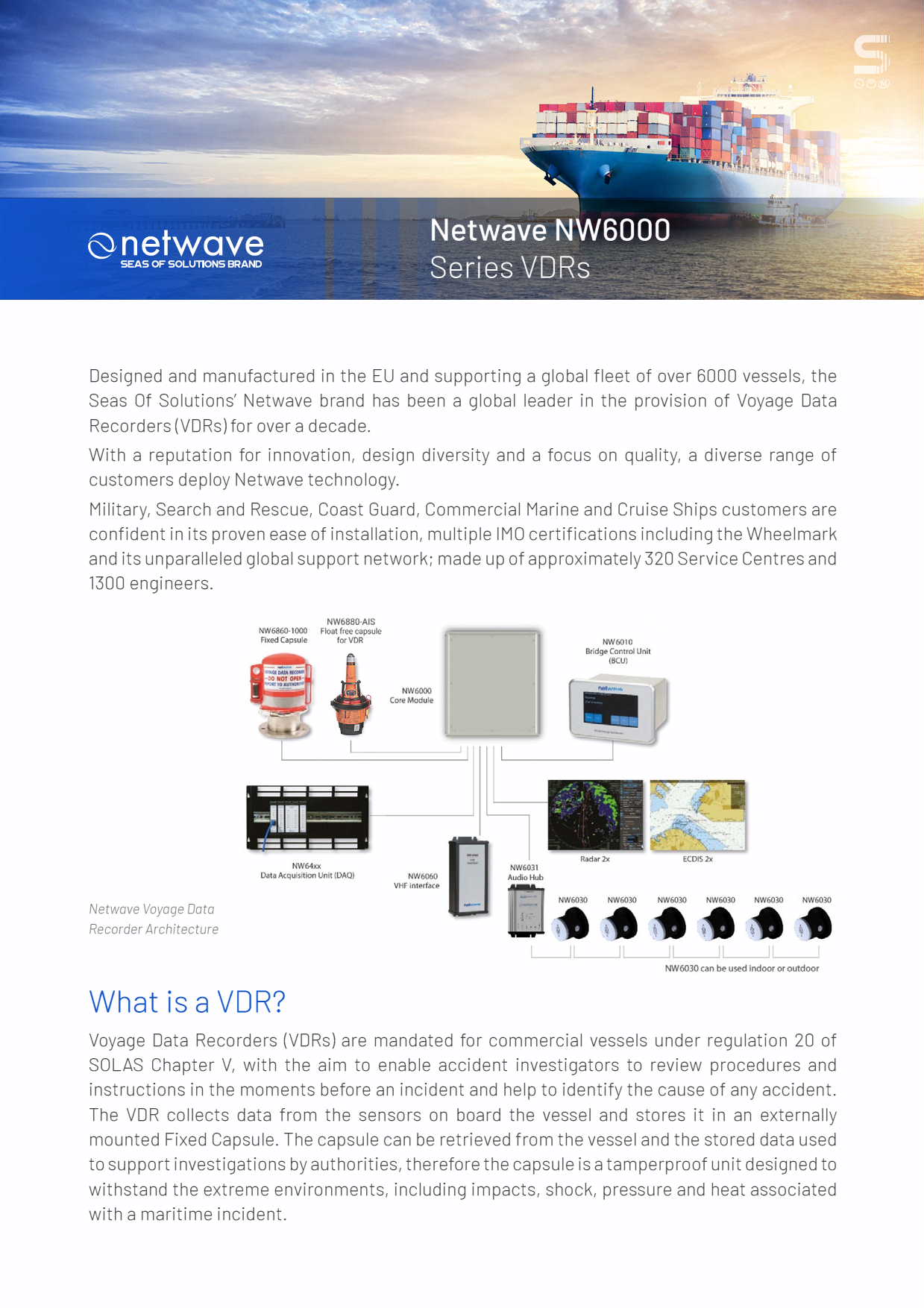 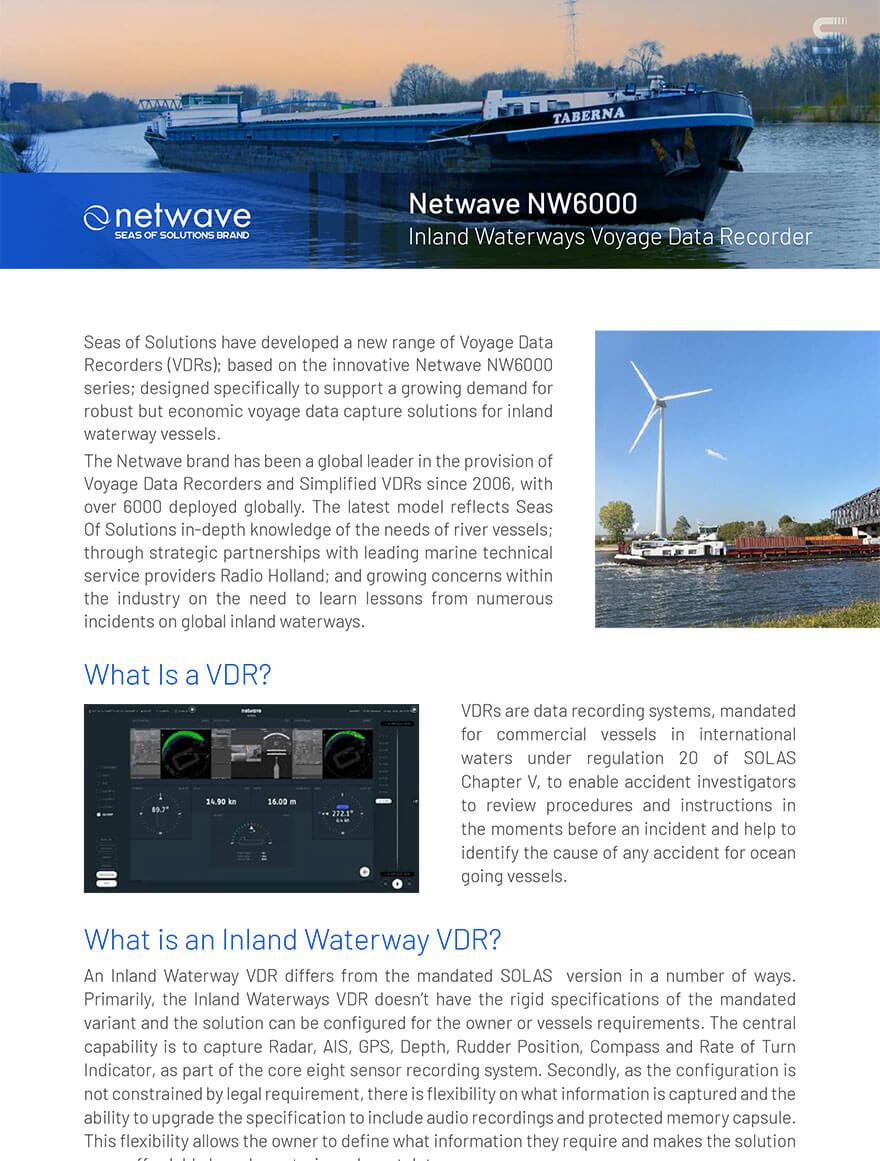