MEOSAR is the upgrade of the existing Cospas Sarsat ecosystem of satellites and ground stations that detect the dedicated 406MHZ search and rescue frequency that has been running since 1982. The upgrade in a global investment in new ground antenna and a range of new MEO satellites to improve the speed, accuracy and reliability of this life saving system. When someone requires search and rescue (SAR) assistance, every minute counts. Medium-Earth Orbit (MEOSAR) satellites pick up the distress signals in near real time with more accuracy, versus the original Cospas Sarsat system that can take as long as two hours. Launching rescue operations sooner, with greater precision results in faster recoveries for individuals and government agencies and more lives saved.

The Cospas-Sarsat Programme has helped save over 56,000 lives since its launch in 1982.  Aviation, marine and outdoor enthusiasts rely on 406 MHz emergency beacons to help with their detection and location in a distress situation around the world.

Seas of Solution is a global leader in emergency distress beacons, with the world’s first Galileo enabled beacons and the first PLB with return link service capabilities.

MEOSAR brings benefits to everyone involved in the ecosystem: 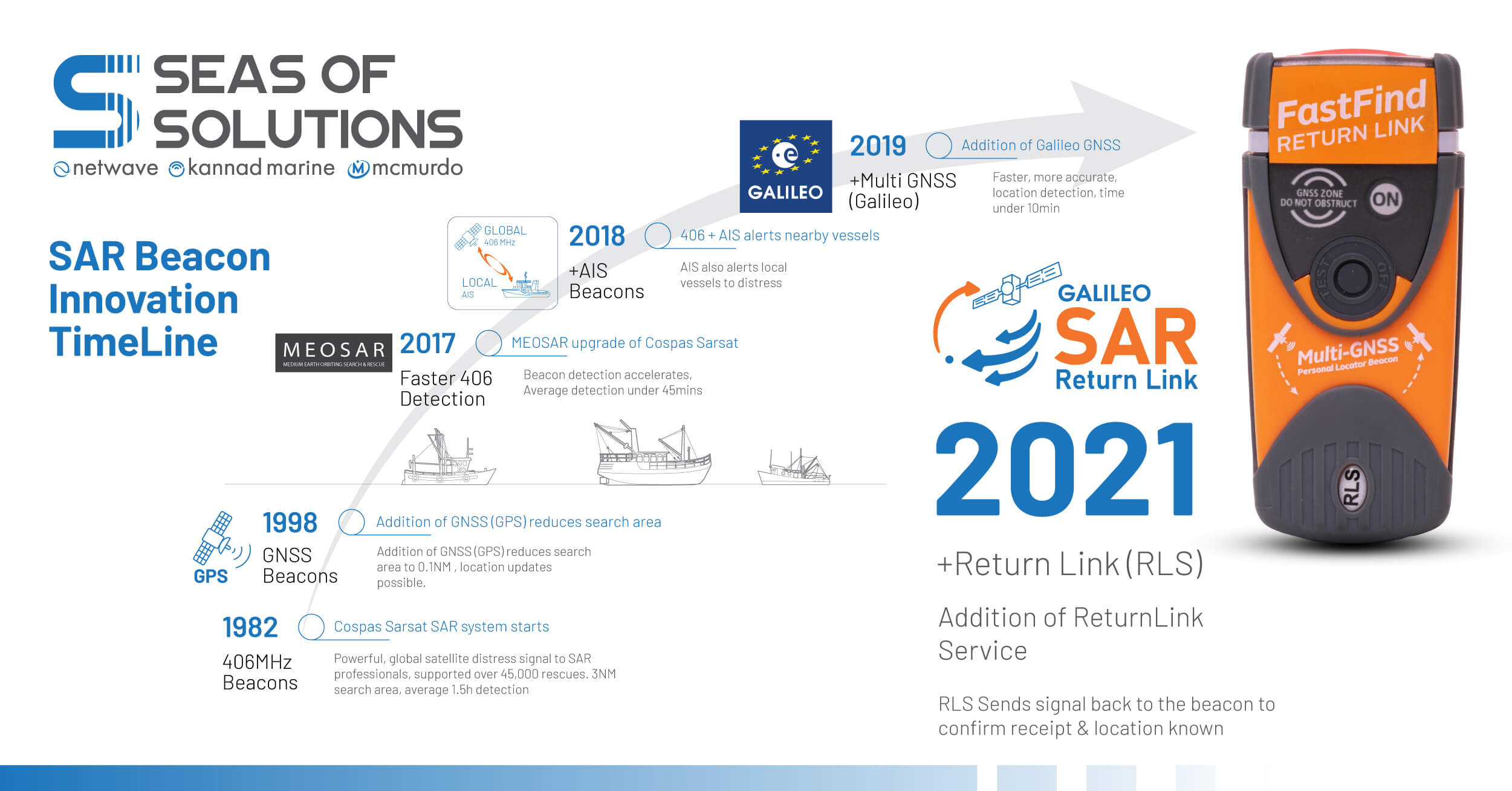 than the existing system. Don Stevens, a 53-year-old teacher from Wellington, New Zealand, was hiking over rugged terrain in the Tararua Range when he fell more than 90 feet, breaking his leg and leaving him unable to walk. After he activated his McMurdo FastFind 220 personal locator beacon (PLB), the distress signal was relayed by the MEOSAR satellite system to the Rescue Coordination Centre New Zealand in only four minutes — 50 minutes sooner than the existing system picked up the same distress signal.

“The extra time created by receiving the signal faster was invaluable and potentially lifesaving. It meant we could get the search operation underway earlier, and that made all the difference with the limited daylight hours that are available at this time of year.”